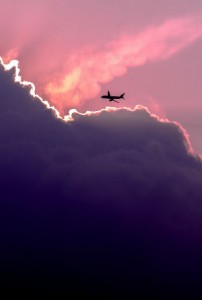 Medicine Lodge Municipal Airport (K51) is located along Highway 160 in the scenic Gypsum Hills of Kansas. The facility is operated as a public-use airport by the City of Medicine lodge, and is the publicly owned facility of its type in Barber County.
The Municipal Airport is located on approximately 80 acres, three miles east of historic downtown Medicine Lodge. Facility records dating back to the mid-1940s indicate the airport had three sod runways and three based aircraft. Today Medicine Lodge Municipal Airport has a 3200’ by 42’ asphalt runway with low intensity runway lights. The Asphalt runway is supplemented by a turf runway.
In 2004 the City installed a new AWOS III weather observation system. December of 2014 saw installation of a new white-green rotating beacon at the airport. The activity of 2014 marked the beginning of what are planned to be improvements to the airport’s facilities. In 2016 the City, with FAA funding, rehabilitated the asphalt runway. In 2018 the City constructed a new apron and connector taxiway on the east side of the facility.

Located at the junction of U.S. Routes 160 and 281 and joined by the scenic Gyp Hills on the West, the historic city of Medicine Lodge is the most populous city and county seat of...more